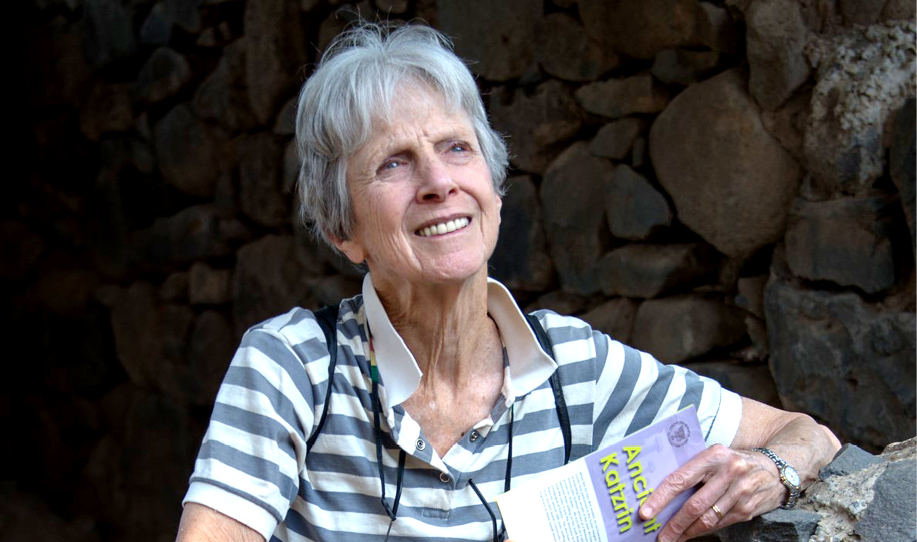 All About Eve: Beyond the Myths about Women in Ancient Israel Three-part Presentation

Session one:  May 5 at 8:00pm EDT
All about Eve: The Latest Word on the First Lady (without Powerpoint)

Eve has a bad rap in Jewish and Christian tradition: seductress, first sinner, cause of male domination––the list goes on. But does she deserve it? This presentation will take advantage of the fact that we have just marked the 100th anniversary of the historic 19th Amendment to review some of the ways the suffragettes tried to deal with the problem of Eve in the Eden narrative. Then it will show how biblical scholarship of the 21st century rescues Eve from notoriety and even elevates her above Adam!

Session two: May 12 at 8:00pm EDT
Work and Worth: Women’s Household Activities in Ancient Israel (with PowerPoint)

Women in the biblical period were just “wives and mothers.” Right? Not at all. Rather, they had important economic and social roles. Using archaeological materials as well as biblical texts, this presentation examines AND evaluates women’s contributions to everyday life. This approach shows that women had a greater role in Israelite culture than might otherwise have been imagined.

Session three: May 19 at 8:00pm EDT
Archaeology and the Hidden Religious Culture of Israelite Women  (with PowerPoint)

Who were the most important religious figures in ancient Israel? Most people would say that the priests were. But they would be wrong. The major arena of religious life for most people in the biblical period was the household, and the major figures in household religious activities were women. This lecture takes you into the Israelite household, largely invisible in the Bible, and presents an array of archaeological materials and fascinating ethnographic data to reveal women’s household religious activities.

CAROL MEYERS is the Mary Grace Wilson Professor Emerita of Religious Studies at Duke University. She received the A.B. with honors from Wellesley College and the M.A. and Ph.D. in Near Eastern and Judaic Studies from Brandeis University. Meyers has published more than 450 articles, reports, reference-book entries, and reviews; and she has authored, co-authored, or edited twenty-two books. Her 2013 book, Rediscovering Eve: Ancient Israelite Women in Context, is a landmark study of women in ancient Israelite society. Meyers has worked on numerous digs since she was an undergraduate and has co-directed several archaeological projects in Israel. She has been a frequent consultant for media productions relating to archaeology and the Bible, including A&E’s Mysteries of the Bible series, DreamWorks’s “Prince of Egypt,” NOVA’s “The Bible’s Buried Secrets,” and several National Geographic documentaries. She has served as President of the Society of Biblical Literature and is currently a trustee of the American Society of Overseas Research, the Dead Sea Scrolls Foundation, and the Albright Institute of Archaeological Research in Jerusalem.