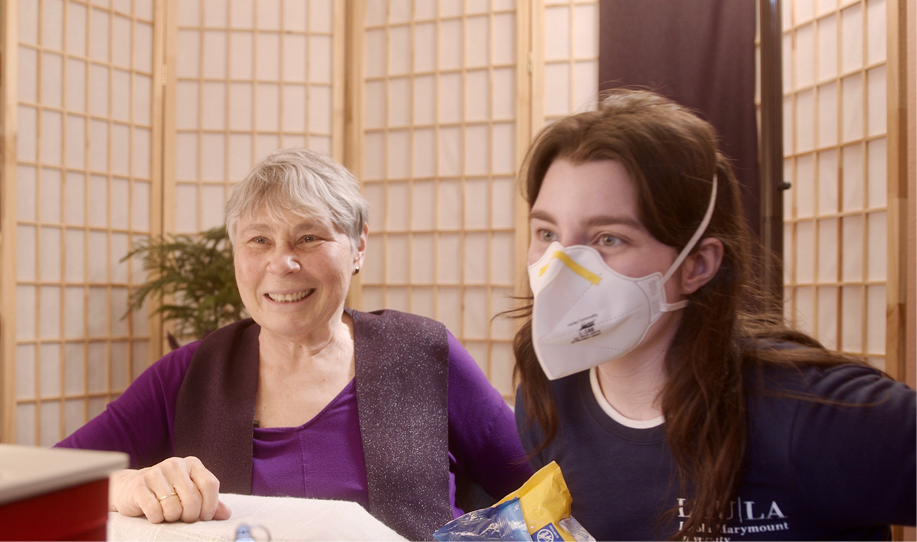 Join filmmaker, AnaMichele Morejon, and Roman Catholic Woman Priest, Diane Whalen, for this special screening of the short documentary, The Forbidden Call, with conversation to follow.

From the director’s note:

My journey with THE FORBIDDEN CALL began with curiosity. I was born and raised in the Catholic Church. Growing up in a generation increasingly disillusioned with organized religion, I have always had questions, and that continued into college. As a film and theology student at Loyola Marymount University, I was researching the topic of women’s ordination when stumbled upon the movement, Roman Catholic Women Priests (RCWP). I was shocked.

I am a woman who has never felt represented or understood in a Church led by a celibate, male priesthood. I found a ray of hope in RCWP, and I hope others do, too. RCWP ordains women to a renewed, more inclusive vision of priesthood. They minister to those often rejected by the institutional church, such as those who are divorced without an annulment and the LGBTQ+ community.

More research into RCWP led me to Diane S. Whalen, the subject of this film. Our relationship began over Zoom. I was struck by Diane’s genuine joy to speak with me and share her call to the priesthood. Diane is tender, motherly, and full of boundless love for everyone she meets. I was inspired by the sacrifices she made to model a priesthood more authentic to the teachings of Christ.

One Zoom meeting turned into many more. A few months later, I was flying across the country from my home in Florida (during a year of online learning at the height of COVID) to Washington State to film with her. Diane and her husband, Bill, welcomed me and my crew into their home with open arms.

THE FORBIDDEN CALL confronts a Church that shuts down dialogue on women’s ordination to the priesthood. Women like Diane have so much to offer. I hope that the film encourages viewers to reflect on the unique gifts of every human being and what it means to truly love others. The film is a poignant reminder that change in the Catholic Church is long overdue, but Diane’s ministry is one step in the right direction.

AnaMichele Morejon is a filmmaker from South Florida who is fascinated by stories of people who challenge
the norm. Her deep empathy for those alienated by mainstream society and love for character-driven narratives led her to study film at Loyola Marymount University in Los Angeles. AnaMichele’s creative work explores themes at the intersection of identity, belief, and modern culture. Most recently, she directed the short, The Road to Sanctuary, which was released by Spirit Juice Studios, a multiple Emmy award-winning production company.