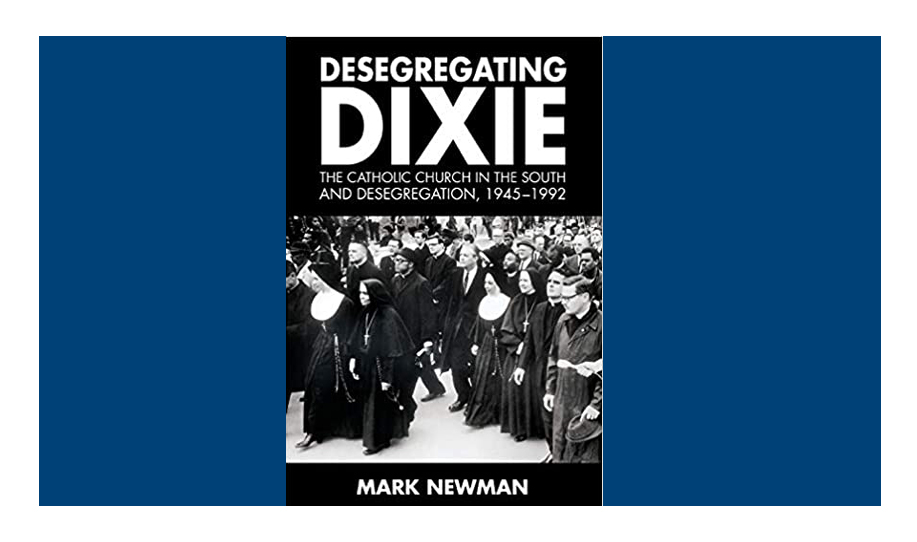 Winner of the 2020 American Studies Network Book Prize from the European Association for American Studies, Mark Newman draws on a vast range of archives and many interviews to uncover for the first time the complex response of African American and white Catholics across the South to desegregation. In the late nineteenth and first half of the twentieth century, the southern Catholic Church contributed to segregation by confining African Americans to the back of white churches and to black-only schools and churches. However, in the twentieth century, papal adoption and dissemination of the doctrine of the Mystical Body of Christ, pressure from some black and white Catholics, and secular change brought by the civil rights movement increasingly led the Church to address racial discrimination both inside and outside its walls.

Far from monolithic, white Catholics in the South split between a moderate segregationist majority and minorities of hard-line segregationists and progressive racial egalitarians. While some bishops felt no discomfort with segregation, prelates appointed from the late 1940s onward tended to be more supportive of religious and secular change. Some bishops in the peripheral South began desegregation before or in anticipation of secular change while elsewhere, especially in the Deep South, they often tied changes in the Catholic churches to secular desegregation.

African American Catholics were diverse and more active in the civil rights movement than has often been assumed. While some black Catholics challenged racism in the Church, many were conflicted about the manner of Catholic desegregation generally imposed by closing valued black institutions. Tracing its impact through the early 1990s, Newman reveals how desegregation shook congregations but seldom brought about genuine integration.

His research interests include Twentieth century United States: African American history, the civil rights movement, and religion and race relations in the US South.

Justice in the Church