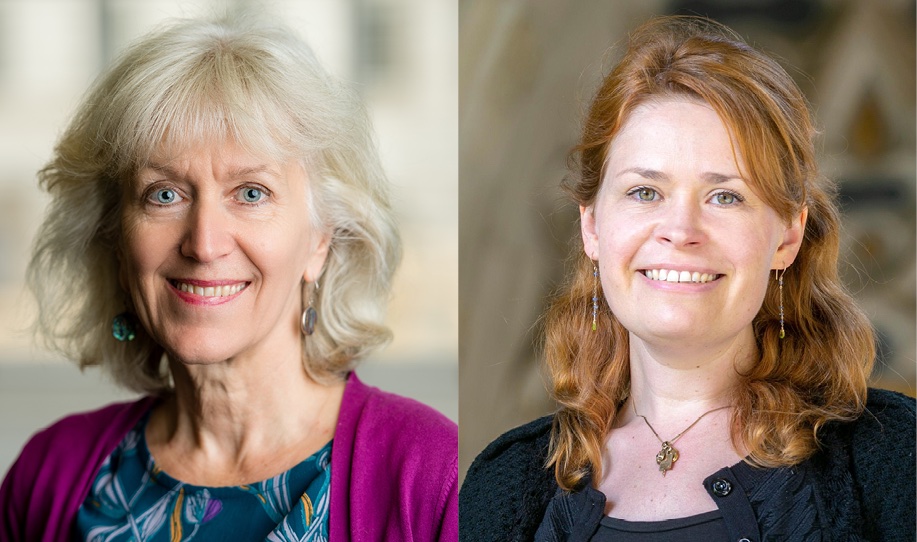 Doctoral candidate Elizabeth Schrader and Prof. Joan Taylor will share some of the most important findings from their research on Mary Magdalene.

The abstract from the Journal of Biblical Literature website offers insight into their presentation:

While it is common today to refer to Jesus’s disciple Μαρία[μ] ἡ Μαγδαληνή as Mary “of Magdala,” with Magdala identified as a Galilean city named Tarichaea, what do our earliest Christian sources actually indicate about the meaning of this woman’s name? Examination of the Gospel of Luke, Origen, Eusebius, Macarius Magnes, and Jerome, as well as evidence in hagiography, pilgrimage, and diverse literature, reveals multiple ways that the epithet ἡ Μαγδαληνή can be understood. While Mary sometimes was believed to come from a place called “Magdala” or “Magdalene,” the assumption was that it was a small and obscure village, its location unspecified or unknown. Given the widespread understanding that Mary Magdalene was the sister of Martha, it could even be equated with Bethany. However, Jerome thought that the epithet was a reward for Mary’s faith and actions, not something indicative of provenance: Mary “of the Tower.” No early Christian author identifies a city (Tarichaea) called “Magdala” by the Sea of Galilee, even when they knew the area well. A pilgrim site on ancient ruins, established as “Magdala” by the mid-sixth century, was visited by Christians at least into the fourteenth century, and thus the name is remembered today. In view of the earlier evidence of Origen and Jerome, however, the term ἡ Μαγδαληνή may be based on an underlying Aramaic word meaning “the magnified one” or “tower-ess,” and is therefore best left untranslated.

Learn more about their scholarship.

Elizabeth Schrader: Oregon-raised and now based in Durham, NC, Elizabeth “Libbie” Schrader is a doctoral candidate in Early Christianity at Duke University. Her studies focus on Mary Magdalene, the Gospel of John, textual criticism, and feminist theology. Schrader has recently transitioned to religious scholarship after a long career as a singer/songwriter. Her research is already receiving critical acclaim as she advances new theories about the origins of Mary Magdalene.

Prof. Joan Taylor: After a BA degree at Auckland University, New Zealand, Joan completed post-graduate studies at the University of Otago and then went to the British School of Archaeology in Jerusalem (Kenyon Institute) as Annual Scholar in 1986. She undertook a PhD at New College, Edinburgh University, and was appointed in 1992 to a position of lecturer (subsequently senior lecturer) at the University of Waikato, New Zealand, in the departments of both Religious Studies and History. In 1995 she won an Irene Levi-Sala Award in Israel’s archaeology, for the book version of her PhD thesis, Christians and the Holy Places (Oxford: Clarendon, 1993, rev. 2003). In 1996-7 she was Visiting Lecturer and Research Associate in Women’s Studies in Religion at Harvard Divinity School, a position she held in association with a Fulbright Award. She has also been Honorary Research Fellow in the Departments of History and Jewish Studies at University College London. She has taught at King’s College London since 2009.

Joan’s approach is multi-disciplinary; she works in literature, language, history and archaeology. She has written numerous books and articles in her fields of interest.